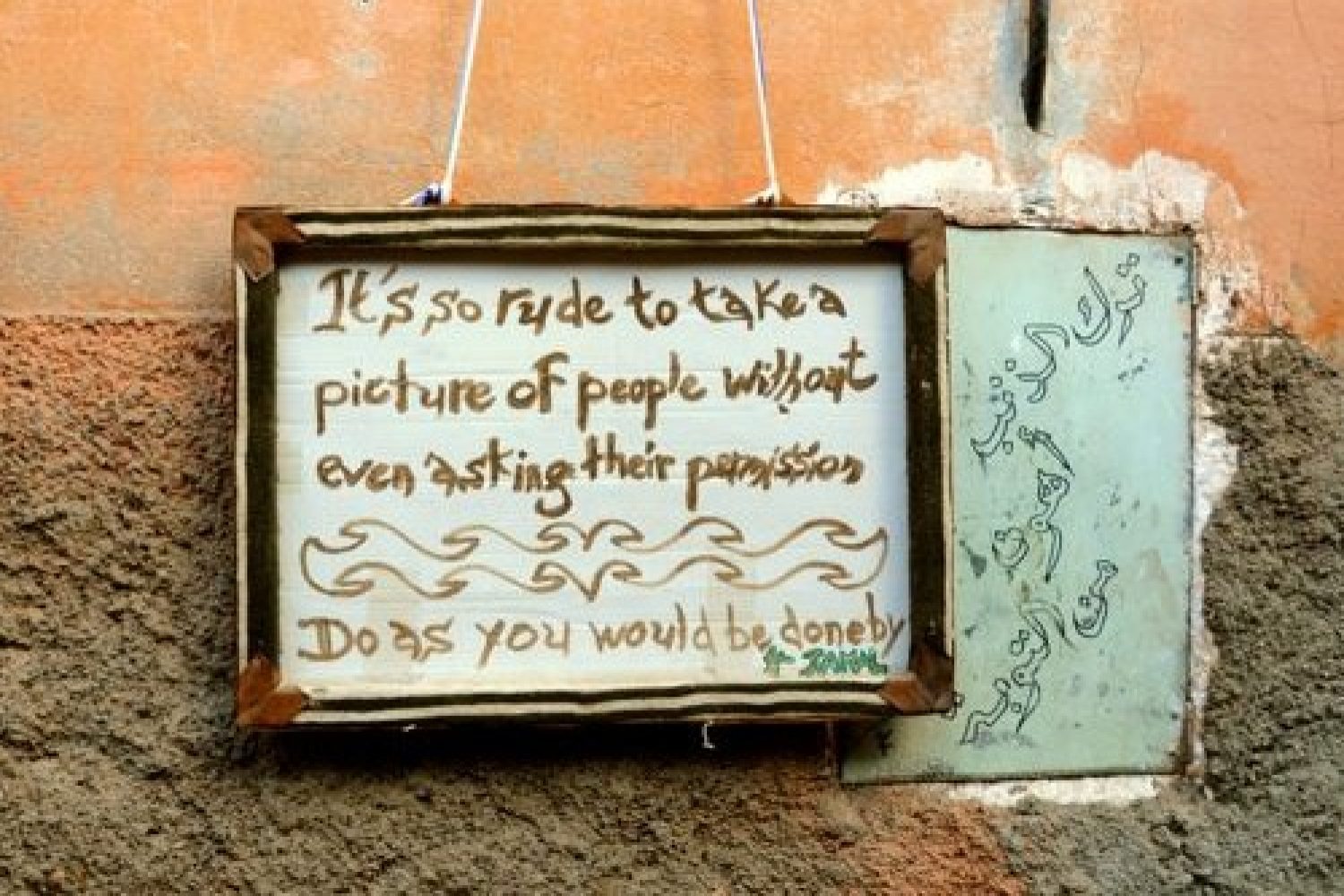 No wonder tourists in Marrakech love to photograph the local people :

People in Morocco are of a beautiful kind with faces telling stories of wisdom, hardship and experiences. You’ll find beautiful young girls with colourful dresses and happy smiles and skilful craftsmen concentrating hard on techniques we have forgotten since long. However, there are some rules for photographers in Marrakech:

In Marrakech the relationship to photography is a two-fold. While some Marrakchis refuse every picture because of religious reasons, others make their living from being photographed.Generally speaking, you should always ask before taking a picture whether this is welcomed. Strict religious people will refuse anyone wishing to photograph them as they respect the Islamic prohibition of picture of man. Women often are uneasy being in the centre of attention and believe themselves not being prettily dressed.

If you wish to take pictures on the Jemma el Fna, the central square of Marrakech, you will certainly will have to pay: the staff on the square no longer make their living by selling water or pulling teeth but by being object of photography. So be prepared to pay some 10 dirhams for this service.

It is strictly forbidden to photograph any military institution. Not advisable are policemen, the kings palace and convoys of dark limousines.